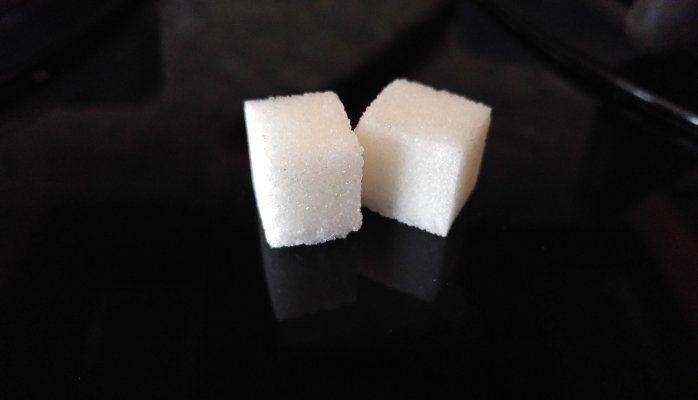 Sugars in food has been used since the earliest days of our civilizations. It is said that the technique of crystallizing sugar from sugarcane juice was developed in India around 350 BC. It then spread through trade to the rest of the world. The word sugar is a variation of the Indo-Arabic Word ‘shakhar”. If sugar has been around this long then why is it suddenly deemed enemy No.1 in our Health and Diet recommendations?

Everything we consume from water to food has only one primary purpose and that is to eventually facilitate the process of extraction of the locked up energy in their molecules for our functioning requirements. In the primitive era before we learnt to refine food we consumed food pretty much in their raw state. We might have used the fire and pounding and threshing of raw food to make them more edible, but by and large it was still food in their natural minimally processed form. This format of food would be digested by the body, but slowly. The end products of the digestion would then cross over to the blood for transport to the various organs in a slow and deliberate process. This format of introduction of food chemicals into the body causes minimal internal sudden chemical disruptions.

It was only much later that we discovered ways to make eating pleasurable. We learnt to add aromatics to make the food flavorful, salt and spices to enhance the taste. Sugar and fats also became ingredients to modify the taste. If the logic of adding these ingredients was to make food consumption pleasurable then why are we now feeling guilty for doing the same much more effectively? Why do we attempt to reduce or restrict the use of salt, fats and sugars in our diet?

Human mind has a weakness. It becomes easily dependent on activities that trigger the pleasure sensing portions of the brain. This addictive tendency has made food consumption as much an entertainment as an essential activity. With increased consumption trends came the trends of increased health issues. In 1970 the doctors and Federal Govt. of US noticing an increase in High cholesterol conditions that appeared to match the high fat diets and began advising on Low fat diet.

The graph above shows that the obesity increase coincides with the onset of the low fat diet recommendation. Around the same time period there is another similar noticeable pattern: that of increase in refined sugar consumption. The explanation behind the increase is that fat free or reduced fat foods also had a significant change in taste and to mask that or to compensate for it sweeteners were added. According to USDA agricultural fact book use of corn sweeteners increased eight fold from 1950 to 2000. (http://www.usda.gov/factbook/chapter2.pdf).

Every food we consume ultimately gets broken down to either glucose and/or citrate which then enters a complex set chemical interactions called the Krebs cycle (which won the discoverers of the Krebs cycle the Nobel prize) to produce the energy. Fats and Proteins enter the cycle at the Citrate level. Sugars we consume can be complex or simple. Complex sugars are healthier because the body breaks them down more slowly and thereby the entry of the glucose into the blood is more gradual and regulated. Simple sugars get absorbed much faster and therefore results a ‘sugar dump’ into the blood (Diabetics know the easiest way to combat a low sugar episode is put refined sugar in their mouth and swallow and within seconds they begin to feel better. If they had instead taken whole wheat unsweetened cereal the entry of the glucose into the blood stream would be painfully slow to counter the effects of a sugar low quickly).

HEALTH EFFECTS: ‘Sugar Dump’ has a lot of unintended consequences. Firstly it stresses out the region of your pancreas that produces insulin. Repeated challenges to this organ will eventually result in a burn out which results in the onset of Diabetes. Excess sugar also triggers the storage mechanisms which results in them being converted to Fats and this results in onset of the ‘battle of the bulge’. Sugars also produce an altered state of mind called ‘sugar high’ which as the name suggest is as addictive as any of the ‘highs’ produced by drugs. This effect has the most lasting profound effect on the general health. It modifies eating habits, lifestyle choices and gradually sets in motion the downward spiral of increasing poor food choices, health breakdown and progressively unhealthier lifestyle.

Of all the taste modifiers we have been using why does sugar and sweeteners have a uniquely potent effect on our habits? Aromatics are effecting in small doses, salt cannot be consumed in high doses as it becomes unpalatable, and fats also enhance food taste up to a level only. More importantly of all the taste modifiers only fat and sugar sweeteners have a caloric component to them. But fat absorption is slow and does not contribute to immediate energy availability. Sugars are therefore uniquely positioned to not only modify taste but also provide energy filled glucose molecules in very short order. Sugars therefore are the go to taste modifier people gravitate to for quick satisfaction.

DENTAL EFFECTS: Sugars and dental effects are quite obvious. Sugars in the mouth feed the bacterial physiology as much as the human. The gum tissue that encases the teeth also have a good circulatory flow through which blood contents seep out and this is true for chemicals in the blood like sugars. High sugar concentration in the blood eventually seeps out into the gum tissue space in what is called crevicular fluid. This provides food source for the bacteria living in the gums which helps them flourish and later cause either infections of the gums and/or feed on the tooth material causing cavities. Therefore, high sugars lead to high potential for gum disease or cavities. The less obvious role of the sugars in the secondary effect of the bacterial activity to the rest of the body. The bacterial activity in the gums eventually ‘bleeds’ into the body through leakage back into the blood vessels which are rendered extremely porous in the presence of chronic inflammation due to increased bacterial activity. This bacterial shower called bacteremia occurs daily. Autopsy studies have shown these mouth bacteria in faraway organs like liver, kidneys, heart and even the brain.

New Research eludes to another more insidious effect of Sugar on health. There is an excellent compilation of research on this subject in: http://ajcn.nutrition.org/content/86/4/899.full. A particular culprit in this case is High Fructose Corn Syrup. Fructose produces lactic acid and uric acid as a byproduct of its metabolism. The latter has been implicated in helping trigger or contribute to condition such as gout. Through release of inflammatory agents like cytokines, it may also have a role in Cardiovascular Disease, High blood pressure, Kidney disease and of course obesity. Obesity was a disease of the affluent until the arrival of HFCS as a sweetener. HFCS has the same proportions of Glucose and Fructose like table sugar but it can be mass produced inexpensively. With this it was possible to produced sugary drinks and foods relatively inexpensively and thus the appearance of obesity in the other sections of the society.

Finally, to get back to the question with which I started the essay: Why after all these centuries of use, is sugar considered enemy No.1 by doctors and health specialist. Obesity and Health issues stemming from food habits have to do with firstly the quantity of food being consumed, secondly with the quality and finally the frequency. Poverty and people living in the underdeveloped nations are protected from the excesses of food purely by the socioeconomic status. Sugars and Fatty food were luxury items and hence obesity was a disease of the affluent. Affluent also developed health issues which were noticed by their physicians and they began associating the indulgent habits of the affluent to be the reason for the rise in obesity and other health issues. If people consumed a lot of fat and became fat, it was intuitive to believe the culprit was fat in the food. By recommending fat free or lean fat food the hope was to reduce the indulgent eating habits. Unfortunately, the arrival of sugars made inexpensive from sources other than sugarcane like corn, for instance, made it possible to keep up the eating habits even if the fat contents were reduced. The arrival of cheap sourced sugars also coincided with the rise in use of cheap cooking oils like the saturated hydrogenated fats and also the ability to preserve food through processing with the similar oils, salt and preservative chemicals. This made food less expensive as they could be preserved longer. These innovations in food and taste industry became the game changer that allowed for all strata of the society to indulge in their own palate of gluttony. Thus obesity has become pervasive through the society. Sugars however hold a unique place in this. It is present in one form or the other in most foods from baby formula to old age health supplements. Currently the sugar consumption in US is almost 126.4 gm per person/day (WHO recommendation is 50gm.person/day). In other words:

Sugars have become a food group on their own rather than being an additive to food groups to enhance taste.

Patient F presented to the office for her 6-month Re-care appointment, when it was noticed that # 24 had a facially draining abscess. Radiograph below shows mandibular anterior teeth with extensive bone loss with periapical lesion on # 24.

I have always wondered, that skilled as we might be to work magic with the modern day dental materials, are we really comfortable in prognosticating the results of our work?

Male patient in late 40s with extreme wear and awareness of habit of heavy teeth grinding. The patient is interested in repairing the damage but does not have the financial resources to take on this large a reconstruction all at once.